I can feel the vitriol on your side of the screen already. Hang on a sec – read the article. And by the time you get to the end, if you feel you agree, make sure to share this message on social media.

Well, this has been our top 10 list of reasons why hunting should be banned. If you’re upset by it, you need to click on either this link or this link. 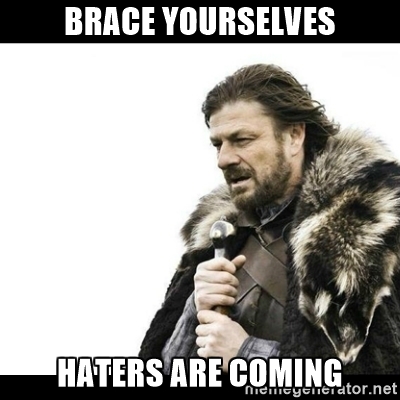 Geoff is a shooting and reloading enthusiast who would rather be at the range, but is content to write about it. He is a member of Waiuku Pistol Club, and shoots rifle, pistol and shotgun in various disciplines, occasionally, managing to get out for a hunt.

Do you use a sling for more than just carrying you

Finally got myself into @nzrodandrifle - just need

We've had a lazy day today after the @taranakilong

A challenging course of fire at the @taranakilongr

I've spent enough $$ on this Lapua brass to bulk r

Recipe needs some tweaking, but fairly happy with

Alternative use for the spotting scope - letting t

How to replace the stock on a Short Magazine Lee-Enfield (SMLE) November 3, 2016

Welcome to the Gun Rack, and thanks for stopping by. Remember that firearms and ammunition are dangerous and should be used with caution by competent people.

All of the content on this site is provided for informational purposes only - do your own research before modifying your firearm, reloading your ammunition or doing anything else I talk about on this website.